How the Fox Got His Color Bilingual Amharic English (Paperback) 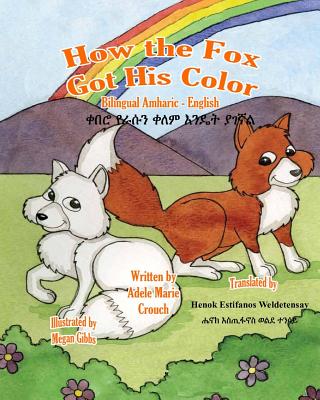 This delightful little story tells of a young girl's time with her grandmother as she relates a legend of how a mischievous little white fox, with all his grand adventures, became the red fox we all know today. How the Fox got His Color may well become an all-time children's classic and a perfect book for the young reader. English as a second language students will enjoy it as a valuable study tool, as well as those learning a foreign language. Amharic is an Afro-Asiatic language of the Semitic branch. It is spoken as a mother tongue by the Amhara in Ethiopia. The language serves as the official working language of Ethiopia, and is also the official or working language of several of the states within the federal system. Amharic is the second-most widely spoken Semitic language in the world after Arabic.