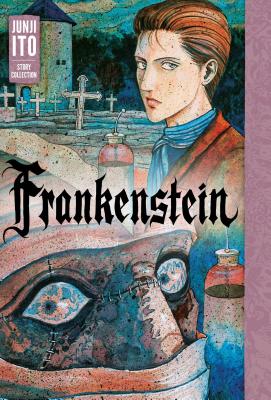 The master of horror manga brings the world's greatest horror novel—Frankenstein—back to life.

Junji Ito meets Mary Shelley! The master of horror manga bends all his skill into bringing the anguished and solitary monster—and the fouler beast who created him—to life with the brilliantly detailed chiaroscuro he is known for.

Also included are six tales of Oshikiri—a high school student who lives in a decaying mansion connected to a haunted parallel world. Uncanny doppelgangers, unfortunately murdered friends, and a whole lot more are in store for him.

Bonus: The Ito family dog! Thrill to the adventures of Non-non Ito, an adorable Maltese!

Junji Ito made his professional manga debut in 1987 and since then has gone on to be recognized as one of the greatest contemporary artists working in the horror genre. His titles include Tomie and Uzumaki, which have been adapted into live-action films; Gyo, which was adapted into an animated film; and his short story collections Fragments of Horror, Shiver and Frankenstein, all of which are available from VIZ Media. Ito’s influences include classic horror manga artists Kazuo Umezz and Hideshi Hino, as well as authors Yasutaka Tsutsui and H.P. Lovecraft.