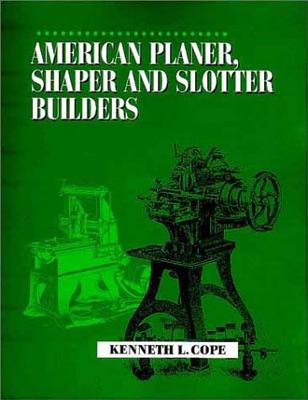 Here is the first book to identify American builders of planers, shapers and slotters, who operated throughout the 19th and early 20th centuries. Written in the style of the author's previous groundbreaking books on the American machine tool industry, this volume provides the reader with invaluable information on over 300 makers. Some are very well known, but many have previously gone virtually unrecognized by researchers. More than 1000 illustrations, taken from original catalogs and contemporary periodicals, show how these machines developed: starting out in the early 1800s as crude, hand-built copies of English machines and becoming, over the course of a century, monster machines weighing nearly one million pounds, unmatched elsewhere in the world. Numerous machine accessories, such as chucks, dividing heads, milling attachments and keyseating attachments, among others, are identified and illustrated. In addition, the book includes a glossary of terms used in describing the various types of planers, shapers and slotters, and provides illustrations that help identify the individual parts of the machines.