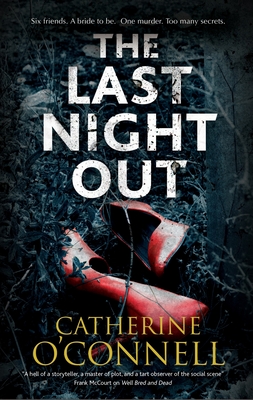 Six friends. A bride to be. One murder. Too many secrets. After drinking too much at her bachelorette party, Maggie Trueheart wakes to find a stranger in her bed. To make matters worse, a phone call brings the devastating news that her friend Angie was murdered some time after they parted ways the night before. Kelly Delaney, who left the party early, is the first of Maggie's friends to face questions from Chicago homicide detective Ron O'Reilly. After taking a closer look at the other women who attended the party, O'Reilly concludes that at least some of them are lying. As the clock ticks down to the wedding day and more shocking secrets are revealed, the murderer zeros in on another one of the girls. Can the killer be stopped before there is another victim?

The Last Night Out (Paperback)