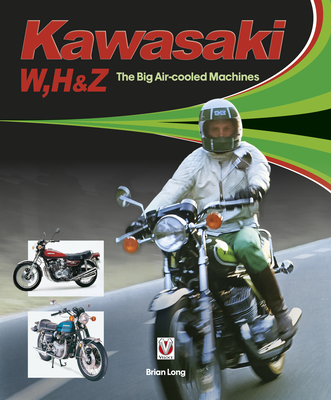 The story of the air-cooled 'big' Kawasaki bikes in definitive detail, researched and written in Japan with the full co-operation of the factory. This series of models put the company on the map during the sixties and seventies, helping it to survive a difficult era that saw hundreds of Japanese motorcycle makers reduced to just four. Successful immediately, these models defended Kawasaki's honour on the tracks as well as in the showrooms, handing the company numerous world championship titles. The series was recently revived as part of a retro boom, and a new machine has been launched, delivering the same thrill and charm as its predecessors.

Born in Coventry, the heart of the British motor industry, Brian Long comes from a family with a proud heritage in the automotive and aviation fields. He trained as a mechanical engineer, and worked for a time at his father's garage. Brian became heavily involved in the classic car scene at 19, and says he turned to writing by accident. He has a long association with several major car manufacturers, is a member of the Society of Automotive Historians, and a member of the Guild of Motoring Writers. He now writes full-time and, since 1990, when his first book was released, he has had more than 80 titles published. Brian currently lives with his family in Chiba, in Japan, where they enjoy life with their Dobermann and Thoroughbred racehorse.