Since I Laid My Burden Down (MP3 CD) 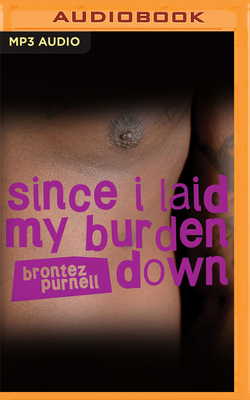 DeShawn lives a high, creative, and promiscuous life in San Francisco. But when he's called back to his cramped Alabama hometown for his uncle's funeral, he's hit by flashbacks of handsome, doomed neighbors and sweltering Sunday services. Amid prickly reminders of his childhood, DeShawn ponders family, church, and the men in his life, prompting the question: Who deserves love?

A modern American classic, Since I Laid My Burden Down is a raw and searing look into the intersections of memory, Blackness, and queerness.

"An antidote to the rigamarole of gay lit." (Mask Magazine)

"Slim yet potently realized, with a lot to ponder." (The Bay Area Reporter)

"Since I Laid My Burden Down has a fearless (sometimes reckless) humor as Brontez Purnell interrogates what it means to be black, male, queer; a son, an uncle, a lover; Southern, punk, and human. An emotional tightrope walk of a book and an important American story rarely, if ever, told." (Michelle Tea, author of Black Wave)