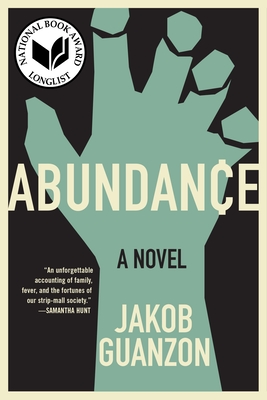 Longlisted for the National Book Award for Fiction

A wrenching debut about the causes and effects of poverty, as seen by a father and son living in a pickup

Evicted from their trailer on New Year’s Eve, Henry and his son, Junior, have been reduced to living out of a pickup truck. Six months later, things are even more desperate. Henry, barely a year out of prison for pushing opioids, is down to his last pocketful of dollars, and little remains between him and the street. But hope is on the horizon: Today is Junior’s birthday, and Henry has a job interview tomorrow.

To celebrate, Henry treats Junior to dinner at McDonald’s, followed by a night in a real bed at a discount motel. For a moment, as Junior watches TV and Henry practices for his interview in the bathtub, all seems well. But after Henry has a disastrous altercation in the parking lot and Junior succumbs to a fever, father and son are sent into the night, struggling to hold things together and make it through tomorrow.

In an ingenious structural approach, Jakob Guanzon organizes Abundance by the amount of cash in Henry’s pocket. A new chapter starts with each debit and credit, and the novel expands and contracts, revealing the extent to which the quality of our attention is altered by the abundance—or lack thereof—that surrounds us. Set in an America of big-box stores and fast food, this incandescent debut novel trawls the fluorescent aisles of Walmart and the booths of Red Lobster to reveal the inequities and anxieties around work, debt, addiction, incarceration, and health care in America today.

Jakob Guanzon was born in New York and raised in Minnesota. He holds an MFA from Columbia University’s School of the Arts, and lives in New York City. Abundance is his first novel.

“This is worthy but heavy stuff. . . . what Abundance captures is how mundane poverty is, and how psychologically punishing.”—The New York Times Book Review

“Phenomenal. Guanzon is an incredibly exciting new voice. . . . [Abundance] does one of the things I love about fiction, where it really allows you to walk in a character’s shoes – books like this don’t come around too often.”—Douglas Stuart, The Guardian (UK)

“If there is one word to sum up emotions elicited by this story, it might be how the reader aches for these characters. It’s an example of how fiction can be more “real” than real life.”—Pioneer Press (St. Paul)

“Guanzon’s lyrical and respectful handling of a harsh reality is urgent and necessary, and lingers long after the sad – and sadly unsurprising – conclusion.”—Soft Punk

“Harrowing. . . . Guanzon’s descriptions of grinding poverty are visceral . . . , and Henry’s attempts to fend off relentless adversity for the sake of his son are heartbreaking. This one hits hard.”—Publishers Weekly, starred review

“Guanzon’s debut is an unforgettable portrait of incarceration’s horrific wrath.”—Booklist

“A searing and truthful portrait of American life full of beauty, honesty and unexpected grace.”—Gary Shteyngart, author of Lake Success

“Tender, anxious, angry, and beautiful—Jakob Guanzon has given us The Road for the ongoing apocalypse of American capitalism.”—Mark Doten, author of Trump Sky Alpha

“A quest, a page-turner, and above all a love story, Abundance lays bare one father’s brutal, tender hustle to care for his son in a winner-take-all world.”—Mia Alvar, author of In This Country

“Jakob Guanzon looks unflinchingly at our society’s underbelly, the intolerable despair that we tolerate, in this powerful debut: a wrenching book our times demand.”—Gina Apostol, author of Insurrecto

“An unforgettable accounting of family, fever, and the fortunes of our strip mall society.”—Samantha Hunt, author of The Dark Dark

“To read Abundance is to understand America in ways both shockingly new and startlingly familiar, and contemporary American fiction is lucky to add this book to its shelves.”—Lysley Tenorio, author of The Son of Good Fortune

“A furious and evocative condemnation of the foundation of our society. . . . This heartrending story of an unhoused father's struggle to provide for his son one dollar, even one penny at a time, in the margins of an American city, will forever change the way readers see our country.”—Maxim Loskutoff, author of Ruthie Fear

“Jakob Guanzon has written the everlasting story of exile and inequity in all its fiery desperation, daily heartbreak, and extraordinary tenderness.”—Michael Zapata, author of The Lost Book of Adana Moreau