I Am the Light of This World (Hardcover) 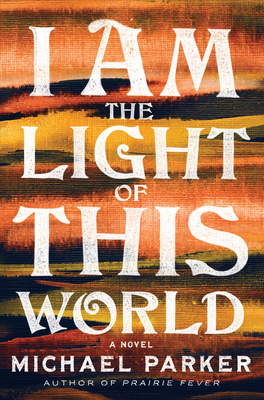 “A GUT PUNCH OF A NOVEL—lyrical, mordantly funny, and wrenching.” —Kelly Link, author of Get in Trouble

The searing and unforgettable story of one decision that irrevocably changes the course of a young man’s life.

In the early 1970s, in Stovall, Texas, seventeen-year-old Earl—a loner, dreamer, lover of music and words—meets and is quickly infatuated with Tina, the new girl in town. Tina convinces Earl to drive her to see her mother in Austin, where Earl and Tina are quickly separated. Two days later, Earl is being questioned by the police about Tina’s disappearance and the blood in the trunk of his car. But Earl can’t remember what happened in Austin, and with little support from his working-class family, he is sentenced for a crime he did not commit.

Forty years later, Earl is released into an America so changed that he can barely navigate it. Determined to have the life that was taken from him, he settles in a small town on the Oregon coast and struggles to overcome the emotional toll of incarceration. But just as Earl finds a chance to begin again, his past returns to endanger the new life he’s built.

Steeped in the music and atmosphere of the 1970s, I Am the Light of This World is a gritty, gripping, and gorgeously written story of the impulsive choices of youth, redemption, mercy, and the power of the imagination.

The author of seven novels and three collections of stories, Michael Parker has been awarded four career-achievement awards: the Hobson Award for Arts and Letters, the North Carolina Award for Literature, the R. Hunt Parker Award, and the 2020 Thomas Wolfe Prize. His short fiction and nonfiction have appeared in the Washington Post, the New York Times, Oxford American, Runner’s World, Men's Journal, and others. He is a three-time winner of the O. Henry Prize for his short fiction and his work has appeared in dozens of magazines and several anthologies. He taught for twenty-seven years in the MFA Writing Program at the University of North Carolina at Greensboro, and since 2009 he has been on the faculty of the Warren Wilson Program for Writers. He lives in Austin, Texas.

“I Am the Light of This World is as true and moving a book, as honest, as gripping, as any I have ever read.  I continue to be haunted by this tragic novel--its note-perfect depiction of clueless youth, its bad breaks, bad choices, bewilderments and quirks, and, above all, the small moments of mercy that give hope in the midst of a hopeless situation.  How do you piece together a broken life that wasn't much in the way of whole to begin with?  With a career's worth of powerhouse fiction already in the books, Michael Parker has delivered his strongest work yet. I Am the Light of This World is a novel of truly singular beauty and wisdom.”—Ben Fountain, author of Beautiful Country Burn Again

“Earl Boudreaux, the protagonist of Michael Parker's stunning new novel is one of the great inventions in recent fiction. Watching this beautiful dreamer get lost in a netherworld where fate, and drastic human error are disastrously intertwined, I realized that “Earl” is just another word for the hopeful, hopeless, yearning, worn-out soul of America. Parker is just flat out astonishing.”
—Marisa Silver, bestselling author of Mary Coin and The Mysteries

“A heart-wrenching story compounded by misguided decisions and bad luck, Earl’s life could form the basis of the blues songs he and Arthur so loved.”—Library Journal

“I Am the Light of this World is a grimy, gutsy, glorious, novel and one of my favorite books in recent memory.  Somehow, Michael Parker channeled the ghosts of Kent Haruf and Harry Crews (the good angel and the bad) to write this literary gem which is as lowdown and gritty as it is graceful and profound.  An unforgettable novel that sings out on every page.”—Nickolas Butler, author of Shotgun Lovesongs and Godspeed

“A gut punch of a novel — lyrical, mordantly funny, and wrenching.”—Kelly Link, author of Get in Trouble

“From the opening sentence on, I was transfixed, locked into the phonic level of Earl’s world and somehow magically both rooted and flying. I don’t know how Michael Parker does it. There is the rhythm of the sentences and the deep attention to sensory details but there is also something even more ineffable going on here. This novel is incredible. Read it! Read it! Read it!”—Mesha Maren, author of Perpetual West

“Michael Parker’s latest is a haunting story of how easily life can go off the rails. This book made me thank my lucky stars on every riveting page, as it simultaneously had me outraged at the ravening gyre of uneven justice and circumstance. I Am the Light of ThisWorld finds Parker working in profundities both deeply spiritual and relevant.”
—Smith Henderson, author of Fourth of July Creek