The Chinese Groove: A Novel (Hardcover) 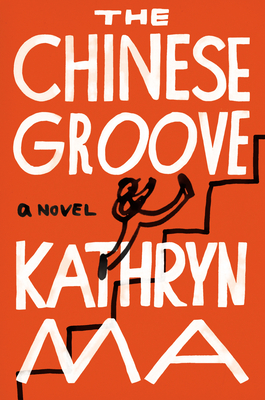 “Having suffered the profound loss of his mother during childhood, Shelley is his father’s last hope and is sent to San Francisco to achieve the American Dream. Nothing in America is as he thought. This is a funny, sweet, delightful book.”
— Rachel Watkins, Avid Bookshop, Athens, GA

Anne Tyler meets Jade Chang in this buoyant, good-hearted, and sharply written novel about a blithely optimistic immigrant with big dreams, dire prospects, and a fractured extended family in need of his help—even if they don't know it yet

Eighteen-year-old Shelley, born into a much-despised branch of the Zheng family in Yunnan Province and living in the shadow of his widowed father’s grief, dreams of bigger things. Buoyed by an exuberant heart and his cousin Deng’s tall tales about the United States, Shelley heads to San Francisco to claim his destiny, confident that any hurdles will be easily overcome by the awesome powers of the “Chinese groove,” a belief in the unspoken bonds between countrymen that transcend time and borders.

Upon arrival, Shelley is dismayed to find that his “rich uncle” is in fact his unemployed second cousin once removed and that the grand guest room he’d envisioned is but a scratchy sofa. The indefinite stay he’d planned for? That has a firm two-week expiration date. Even worse, the loving family he hoped would embrace him is in shambles, shattered by a senseless tragedy that has cleaved the family in two. They want nothing to do with this youthful bounder who’s barged into their lives. Ever the optimist, Shelley concocts a plan to resuscitate his American dream by insinuating himself into the family. And, who knows, maybe he’ll even manage to bring them back together in the process.

KATHRYN MA is the author of the widely praised novel The Year She Left Us, which was named a New York Times Editors’ Choice and an NPR “Great Read” of the year. Her short story collection, All That Work and Still No Boys, won the Iowa Short Fiction Award and was named a San Francisco Chronicle Notable Book and a Los Angeles Times Discoveries Book. She is also a recipient of the David Nathan Meyerson Prize for Fiction and has twice been named a San Francisco Public Library Laureate.

The New York Times, 1 of 10 New Books Coming in January
An Amazon Editors' Pick
People, A Best Book of the Year

"Ma’s iteration of the young migrant story is imbued with inherent optimism. Shelley’s buoyancy is frustratingly naïve, and often completely foolish if you have any understanding of how brutal living in America actually is, but you root for Shelley in part because Shelley is rooting for Shelley. Ma finds wry humor in Shelley getting to know the mores of his new country (Ted biking to work seemed to be particularly surprising to him), but his belief in his own success is unwavering . . . By the end, he does indeed come out on top, even if it’s in ways neither he nor the reader could have predicted." —Scaachi Koul, The New York Times Book Review

"Ma’s uplifting tale of the good-hearted dreamer will appeal to those wanting to boost their spirits." —Becky Meloan, The Washington Post

"The Chinese Groove by Kathryn Ma is a funny and insightful novel, a satisfying immigration story told by an 18-year-old narrator, Zheng Xue Li, from Yunnan province, China. We can’t help but love the determined and steadfast young man even as we laugh and wince and worry about him . . . Shelley’s relentlessly optimistic voice and his impressions of the United States bump up against what we readers 'know' and create a wonderful tension that keeps us turning the pages. Especially when he first arrives in the U.S., his observations are so fresh and funny, they set a humorously poignant tone and suggest that our hero will survive even the most harrowing aspects of his experience . . . Ma plays brilliantly with stereotypes without stereotyping. She deftly handles a multitude of plot threads and conflicts among Shelley’s web of connections in the U.S. and China as he carries on, almost in spite of himself. She is a master of voice . . . The Chinese Groove is certainly a contender for the funniest book about survival that you’ll ever read." —Connie Biewald, The San Francisco Chronicle

"The Chinese Groove is satisfyingly Dickensian in its plot twists and intriguing characters . . . [A] thoughtfully crafted bildungsroman full of twists and turns . . . Readers will root for [Shelley] as he finds his own version of the American Dream—even if it looks different than expected." —Serena Puang, The Boston Globe

"This modern coming-of-age tale brims with heart, ambition, drama, and a protagonist whose naïveté makes him splendidly endearing. Ma thoughtfully navigates family dynamics and first love. It's guaranteed to have you and the aunties laughing and crying along." —People

"Ma’s novel is uplifting and moving as it follows Shelley on his American dream." —Alta

"A literary novel with a subtly satirical and critical edge." —Oprah Daily, A Most Anticipated Title

"At once a harrowing immigrant tale and a humorous romp through cultural misunderstandings, The Chinese Groove explores the everyday negotiations of romance and family ties, as well as the power of belief that helps us make our way through the world without breaking." —Los Angeles Review of Books

"Buoyant and heartfelt . . . Ma has a gift for crafting lovable characters in challenging situations, and she places them in a vibrant Northern California setting. The Chinese Groove is a refreshing story of unsinkable perseverance and familial devotion, sure to unlock new stores of optimism for any reader." —Dave Wheeler, Shelf Awareness

"Balancing humor and poignancy with seemingly effortless ease, Ma is a magnificent storyteller . . . Shelley’s teenage naivete will entertain, while his tenacity and loyalty will surely inspire." —Booklist (starred review)

"This rollicking contemporary picaresque about a young Chinese man’s adventures in 2015 America offers a fresh take on the Chinese immigrant experience while confronting universal issues surrounding family, grief, and how to define success . . . Ma knows how to twist a plot in unexpected, deeply satisfying directions by writing with compassion, humor, and insight." —Kirkus Reviews (starred review)

"Ma returns with the vibrant story of a Chinese immigrant living in present-day San Francisco . . . Ma does a good job conveying the bonds of Shelley’s community and family. This immersive story is worth a look." —Publishers Weekly

"Kathryn Ma's The Chinese Groove is terrific in every way: smart, warm, witty, keenly observed, and best of all, refreshing, as she meditates on love, hope, and what it means to be a family." —Natalie Baszile, author of Queen Sugar and We Are Each Other's Harvest

"By turns picaresque and poignant, Kathryn Ma's The Chinese Groove is an utterly original exploration of the Chinese diaspora, pondering the ancestral ties that span between China and San Francisco. Shelley is a poet and would-be striver with an indelible voice. A marvel." —Vanessa Hua, author of Forbidden City

"Tender in all of the ways that matter, The Chinese Groove peels back our American absurdities and illustrates that love, more than anything, is powerful enough to sustain us through darkness and disaster. Kathryn Ma’s latest work is brimming with characters whose undeniable complexity, authenticity, and hilarity will make you utter the age-old lie of 'just one more page.' And the twists! Don’t get me started. A wondrous novel where nothing, and no one, is as it seems." —Mateo Askaripour, author of Black Buck

"The Chinese Groove is a charmingly narrated immigrant tale turned upside down. Kathryn Ma has written a funny, largehearted, and uniquely American story about where dreams and reality collide. I feel the Chinese groove!" —Rachel Khong, author of Goodbye, Vitamin