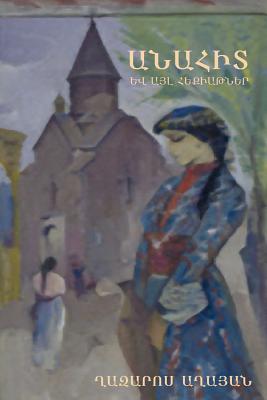 Ghazaros Stepani Aghayan (Ղազարոս Աղայեան, April 5, 1840 - June 20, 1911) was an Armenian writer, educator, folklorist, historian, linguist and public figure. Aghayan was born in Bolnis-Khachen, an Armenian village in the Russian Empire in what is now Georgia. He received his early education in Bolnis-Khachen, and at the age of thirteen he entered to the Nersisyan School in Tiflis. He left the school after one year because of his family's financial problems. Aghayan traveled between Tiflis, Moscow and Saint-Petersburg. In Moscow he cooperated with Hyusisapayl journal of Stepanos Nazarian. Throughout his life he pursued many careers and professions. He was a hunter, a factory worker and a farm labourer before he joined fellow writer Mikael Nalbandian in the Armenian cultural and intellectual revival of the 19th century. Aghayan managed the Ararat monthly of the Mother See of Holy Etchmiadzin from 1868-1870. In 1870 he returned to Tiflis and dedicated himself to teaching. He taught in Akhaltskha, Alexandropol, Yerevan and Shushi, and supervised Armenian parochial schools of Georgia. He is an author of textbooks for Armenian schools. He died in Tiflis at the age of 71. He was maternal grandfather of Lazar Sarian and Anatoliy Eiramdzhan and father-in-law of the renowned painter Martiros Saryan. (wikipedia.org)