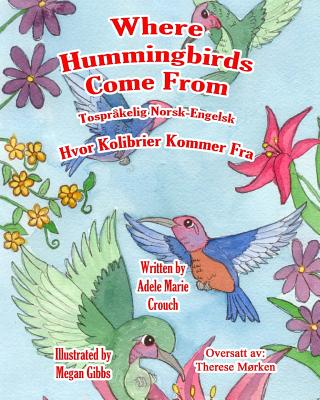 Fantasy, folklore, and magic fill the air as a young girl's grandmother relates a legend of Where Hummingbirds Come From. Grandmother explains the magic waters and the beauty of this tiny bird. Where Hummingbirds Come From may well become an all-time children's classic and a perfect book for the young reader. As well as a wonderful study guide for English as a second language students. Norwegian (norsk) is a North Germanic language spoken mainly in Norway, where it is the official language. Along with Swedish and Danish, Norwegian forms a dialect continuum of more or less mutually intelligible local and regional variants. Norwegian is one of the working languages of the Nordic Council. Under the Nordic Language Convention, citizens of the Nordic countries who speak Norwegian have the opportunity to use their native language when interacting with official bodies in other Nordic countries without being liable to any interpretation or translation costs.