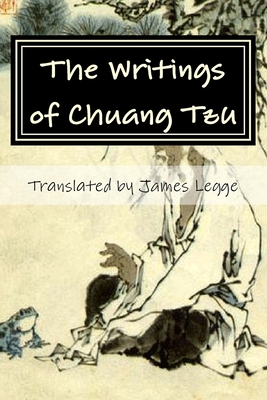 This book consists of a large collection of anecdotes, allegories, parables, and fables, which are often humorous or irreverent in nature. Its main themes are of spontaneity in action and of freedom from the human world and its conventions. The fables and anecdotes in the text attempt to illustrate the falseness of human distinctions between good and bad, large and small, life and death, and human and nature. While other philosophers wrote of moral and personal duty, Chuang Tzu( Zhuangzi) promoted carefree wandering and becoming one with "the Way" (Dao) by following nature.Though primarily known as a philosophical work, the Zhuangzi is regarded as one of the greatest literary works in all of Chinese history, and has been called "the most important pre-Qin text for the study of Chinese literature." A masterpiece of both philosophical and literary skill, it has significantly influenced writers for more than 2000 years from the Han dynasty to the present.

The Writings of Chuang Tzu (Paperback)