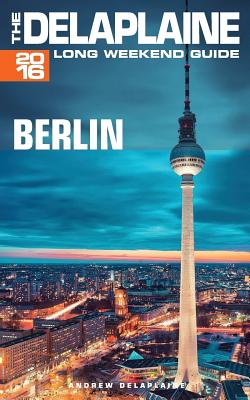 By Andrew Delaplaine
$10.29
Special Order - Subject to availability, call or email to order

A complete guide for everything you need to experience a great Long Weekend in BERLIN. Updated throughout the year, you'll save a lot of time using this concise guide. "The city has such an energy and is so full of enthusiastic, hustling young people that I was pleasantly surprised." ---Gertrude H., Milwaukee "We've never stayed in a hostel type lodging before, but decided to give it a try in Berlin, where they have so many of them. It was strange sharing a bath, but we got used to it and met a lot of friendly people along the way. Highly recommend you try this. (And it was cheap.)" ---Ramona E., Phoenix =LODGINGS, from budget to deluxe = RESTAURANTS, from the finest the area has to offer ranging down to the cheapest (with the highest quality). More than sufficient listings to make your Long Weekend memorable. =PRINCIPAL ATTRACTIONS -- don't waste your precious time on the lesser ones. We've done all the work for you.