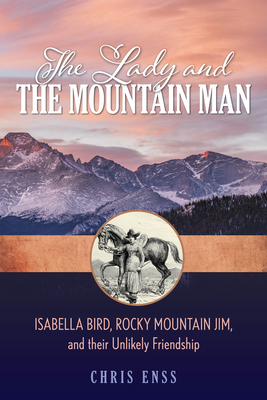 The love they shared for an untamed land brought them together. Isabella Bird was a proper Victorian lady, a minster's daughter, a writer who traveled the globe. She was expected to marry a man of means and position instead she was drawn to a gruff mountain man, a desperado named Jim Nugent. The unlikely pair met in Estes Park, Colorado in 1873. Jim was enchanted by Isabella and she was infatuated with him. In a published version of Isabella's letter to her sister, she said of Jim that "he was a man any woman might love but no sane woman would marry." On a climb to the top of Longs Peak their friendship blossomed into more than expected. This book reveals the true story of Bird's relationship with Nugent as they traveled through the dramatic wilderness of the Rocky Mountains.

Chris Enss is a New York Times best selling author who has been writing about women of the Old West for more than twenty years. She has penned more than forty published books on the subject. Her work has been honored with five Will Rogers Medallion Awards, an Elmer Kelton Book Award, an Oklahoma Center for the Book Award, and was a Western Writers of America Spur Finalist. Her book The Pinks: The First Women Detectives, Operatives, and Spies with the Pinkerton National Detective Agency has been optioned by NBC is currently in development to become a television series. Enss's most recent work is According to Kate: The Legendary Life of Big Nose Kate Elder, Love of Doc Holliday.


The Lady and the Mountain Man: Isabella Bird, Rocky Mountain Jim, and Their Unlikely Friendship (Paperback)