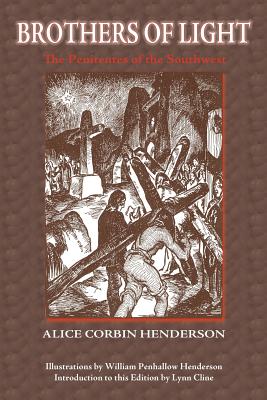 In New Mexico, during Lent and Holy Week each year, the Penitent Brotherhood enacts a primitive Passion Play, which in its traditional ritual of self-torture represents a curious survival of the Middle Ages. Much lurid journalism has been devoted to the Penitentes, but in this sympathetic account by Alice Corbin Henderson, an eye-witness, the ceremonies are presented in their true aspect, with the historic background and reason for the survival clearly indicated. From this it appears that the religious custom of self-inflicted penance was introduced into the Southwest as early as 1598 by the Franciscan priests who accompanied Don Juan de O ate and his soldiers and colonists on their way to the permanent settlement of the province of New Mexico-originally embracing all of our present Southwest. From that day the customs then inaugurated have been traditionally observed by the humble descendants of the "Conquistadores." Alice Corbin and William Penhallow Henderson lived in New Mexico and know its people and its colorful landscape intimately. The striking illustrations in black and white that appeared in the original 1937 edition are an integral part of the text of this new edition. Also included in this edition along with an introduction by Lynn Cline is "Alice Corbin, An Appreciation" from "New Mexico Quarterly Review" in 1949, an article by Marc Simmons from "The Santa Fe New Mexican," and a review of the book from "New Mexico Quarterly" at the time of publication of the original edition in 1937 by T. M. Pearce.