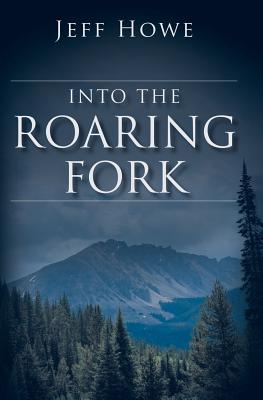 By Jeff Howe
$14.99
On Our Shelves Now
This book is non-returnable.

They set out for Aspen in 1985. A one year post-graduation detour to play in the Rockies prior to entering the "real world." That was the plan. They wouldn't need much. Just ordinary jobs with a ski pass attached, a one-bedroom apartment, and each other. But tempted by the decadent side of this iconic resort town, Alex Cavanaugh enters into an illicit agreement with a new acquaintance and finds himself on a remote forest trail, where the crime he is committing pales in comparison to the one his path will cross, leading him further into the darkness of the mountains, and the human soul.

"Written in clipped, no-frills sentences with a breathless plot that deftly fills in backstory as it propels itself forward, Into the Roaring Fork is a page-turner." - Aspen Times

"In Jeff Howe's new novel, Into the Roaring Fork, the carefree entry into ski bumhood prompts an unexpected tale of suspense." - Vail Daily


"Jeff Howe's Into the Roaring Fork is a literary, character-fueled thriller. Most impressive to me, however, is the level at which Howe understands the American West. His topographies draw a map to grand beauty and consequence. This is a remarkable debut." - Jon Billman, Contributing Editor, Outside Magazine


"Jeff Howe's Into the Roaring Fork is a masterful thriller that chronicles the life of a Middlebury College graduate who gets into trouble in Aspen. It illustrates the fine line between being on the right or wrong side of the law, and the soul searching that occurs when one is in trouble. It's one of those books you will not be able to put down once you start reading. I recommend the book for all University of Cincinnati alums. Howe graduated from UC in 1985." - Santa J. Ono, President, University of Cincinnati


"With his first book, Howe personally relates to life as a ski bum in his novel Into the Roaring Fork. Set in Aspen in 1985, the book is an unexpected tale of suspense and mystery in the local backcountry." - Steamboat Today

"In Jeff Howe's new book, Into the Roaring Fork, two Middlebury College grads take up ski bum jobs in Colorado but veer off onto a path that leads them into the darkness of the Rocky Mountains." - Addison Independent


"I just finished reading Into the Roaring Fork and I enjoyed the book. It is a rattling good story. Our two years in Utah and many visits to the Wasatch Front added texture to my reading experience.” - Nick Clooney (father of George Clooney)

Into the Roaring Fork (Paperback)