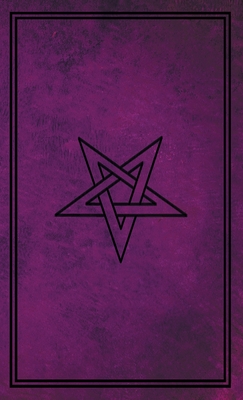 The original classic underground bestseller by Joshua Free returns to print, commemorating its 10th Anniversary with a special hardcover collector's edition that is sure to become a prized addition to your personal esoteric library.

From original Anunnaki traditions to the origins of all worldly and metaphysical systems; from the Yezidic and Persian lore of the Ancient Near East to the past century of underground occult traditions inspired by Aleister Crowley and Kenneth Grant; from the archetypal themes present in the "Delomelanicon" to the experiences of the millions of people who have read, or even used, Simon's Necronomicon... No cuneiform tablet is left unturned, no dark corner left undiscovered, in this amazing and concise guide to the forbidden knowledge lost thousands of years ago, and yet now covertly infused within the heart of all "magick," "religion" and "spirituality" on the planet today.

In "Novem Portis: Necronomicon Revelations and Nine Gates of the Kingdom of Shadows, " world renown director of the "Mardukite Research Organization" and founder of "Mardukite Zuism" and the Systemology Society, invites the Seeker on an incredible and practical occult journey into underground esoterica, unlike anything ever published before.

Joshua Free candidly reveals how "spiritual beings" and "alien intelligences" have increasingly influenced the imaginations of "metaphysical" writers and "fantasy" artists, primordial "gods" seeking to have their stories told and knowledge of their existence reborn.

And what's more: the power and influence of this invisible hand appear to be behind all of the primary systems installed into human civilization, whether social or mystical, since the time of the ancient Sumerians.

This collector's edition hardcover 10th anniversary edition of "Novem Portis" combines materials from the revolutionary and controversial "Necronomicon Revelations" (Liber-R) with the Mardukite Tablet Catalogue released in "Liber-9," just as it appeared a decade ago for the first wave of graduating "Mardukite Chamberlains" alumni, those having previously dedicated two years to a tradition of literary work and spiritual systemology inspired by Joshua Free's "Necronomicon: The Anunnaki Bible."

Novem Portis: Necronomicon Revelations and Nine Gates of the Kingdom of Shadows (Hardcover)