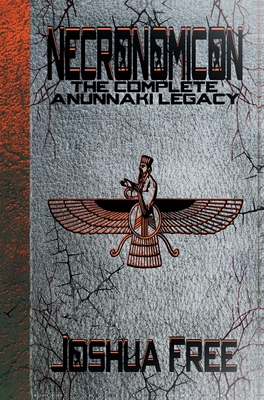 The Ultimate NECRONOMICON of the 21st century

A decade of research and discovery unified together to present the most complete source book of Mesopotamian, Sumerian, Babylonian and Anunnaki knowledge unearthed by humanity. Discover the oldest and most complete spiritual, mystical and magical tradition ever known to exist. Classic underground materials from over 15 books by Mardukite director Joshua Free are expertly arranged for all Truth Seekers in one volume

For the first time ever, anyone can access complete records revealing secrets of the Sumerian Anunnaki, the Babylonian (Mardukite) Tradition and origins of all contemporary physical and metaphysical "systems" concealed by the Mesopotamian Mysteries. Here is the hidden key to understanding deep mysteries of esoteric archaeology, discovered in Babylon and providing forbidden knowledge concealed by thousands of years of misinformation and global conspiracy. From the original Sumerian and Babylonian origins of civilized systems in ancient Mesopotamia, to the underground occult traditions of Aleister Crowley, Kenneth Grant and millions of people who have attempted use of Simon's Necronomicon... It's all accounted for here: in the definitive NECRONOMICON for our times--and for the future

The Necronomicon of Mesopotamia... Sumerians... StarGates of Babylon... Anunnaki Mythologies... Ancient "Alien" Sky Gods... The Igigi "Watchers" from the Old Testament... Raw Power... Real Magic... Primordial... Nearly forgotten...The path of true ancient Babylonian magic and modern Mardukite Zuism is born from a true spiritual understanding of the Sumerian Anunnaki--a path once seemingly inaccessible, beyond our reach and understanding. Rediscover the most ancient magical system on earth, secretly recorded on cuneiform tablets thousands of years ago in Mesopotamia--the "cradle" of "systematized civilization." Now, you too possess the secret knowledge that has kept clockwork gears of global societal systems churning behind the scenes and efforts from many underground organizations and covert societies dedicated to preserving (and exploiting) its concealment.

This amazing 10th Anniversary Master Edition of NECRONOMICON: THE COMPLETE ANUNNAKI LEGACY is quite simply a perfected archetypal reflection of Mesopotamian magic, spirituality and history, providing the definitive collection of the most ancient writings on the planet--a grand symphony of correlated materials spanning hundreds of sources and thousands of years of development.

The oldest Sumerian and Babylonian records reveal detailed accounts of cosmic history (throughout the Universe and on Earth), the development of systematized belief, human writing systems, and historical descriptions of world order--all of which were used to maintain physical control and spiritual enslavement of humanity. The information collected in this book from throughout the ancient world also proved to be the predecessor and foundation of all scripture-based religious and mystical traditions thereafter. These raw underground materials have shaped the systemology of human belief and understanding for thousands of years--right from the heart of the Ancient Near East and Mesopotamia; Babylon and even Egypt

"Necronomicon: The Complete Anunnaki Legacy" is an anthology of epic proportions, combining the entire "Mardukite Core" of material developed by Joshua Free in one volume. A wellspring of hidden information and historical research, cuneiform tablet translations, mystical experimentation and spiritual technology may all be found within the leaves of what is certain to be among the most treasured tomes of your library, if not the finest volume you could own for your shelves