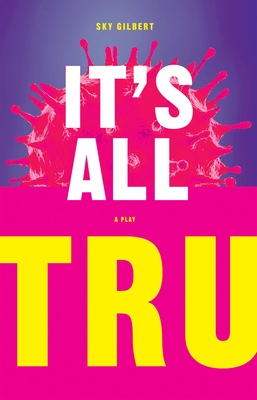 Kurt, a silver fox dance instructor, and his young fianc , Travis, have an arrangement: when one's away, they're allowed to stray... as long as they're safe. One night, over a dinner conversation about wedding invitations, Travis admits that he had a fling with a man named Gideon who he believes removed his condom during sex. He also reveals that he didn't start taking the HIV preventative medication PrEP (TRUvada)--as promised--putting himself and Kurt in danger of contracting HIV. When Gideon appears on their doorstep in the middle of the night, the threat to Kurt and Travis's relationship is an alarming force to be reckoned with.

Sky Gilbert is a writer, theatre director, and drag queen extraordinaire. He was the founding artistic director (1979 to 1997) of Buddies in Bad Times Theatre--one of the world's longest-running gay and lesbian theatres--where the street behind it is now named Sky Gilbert Lane. He has had more than forty plays produced and has written seven critically acclaimed novels and three poetry collections. He has received three Dora Mavor Moore Awards, the Pauline McGibbon Award, and the Silver Ticket Award. His latest novel, Sad Old Faggot (ECW Press), was critically acclaimed. His book Shakespeare: Beyond Science will be published by Guernica Editions in 2020. He lives in Hamilton.

It's All Tru (Paperback)