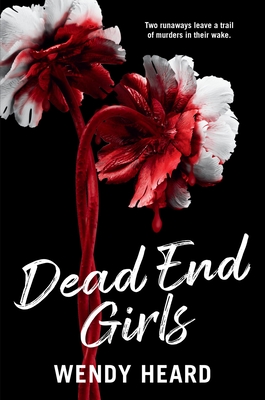 Two girls fake their deaths only to face mortal danger in this YA thriller perfect for fans of The Twin and Five Survive.

In one week, Maude will be dead. At least, that’s what she wants everyone to think. After years of research, Maude has decided to fake her own death. She’s figured out the how, the when, the where, and who will help her unsuspectingly. The why is complex: revenge, partly. Her terrible parents deserve this. But there’s also 'l’appel du vide,' the call of the void, that beckons her toward a new life where she will be tied to no one, free and adrift. Then Frankie, a step-cousin she barely knows, figures out what she’s plotting, and the plan seems like it’s ruined. Except Frankie doesn’t want to rat her out. Frankie wants in.

The girls vault into the unknown, risking everything for a new and limitless life. But there are some things you can never run away from. What if the poison is not in the soil, but in the roots? This pulse-pounding thriller offers a nuanced exploration of identity, freedom, and falling in love while your world falls apart.

Wendy Heard is the author of the acclaimed YA novel She's Too Pretty to Burn, which Kirkus Reviews praised as “a wild and satisfying romp” in a starred review, as well as two adult thrillers: The Kill Club and Hunting Annabelle. She is a member of Sisters in Crime, International Thriller Writers, and Mystery Writers of America, and is a contributor at Crimereads.com and Writer's Digest. Wendy lives in Los Angeles, California.

"What a wild runaway ride! Maude’s sharp mind and intricate death plan was brilliant. I was rooting for her and Frankie the whole time. A clever page-turner that I couldn’t put down."—Natasha Preston, #1 New York Times Bestselling Author

“This fun, dark, fully queer thriller embraces its premise without pulling any punches. A romantic thriller that takes “Be Gay, Do Crime” to heart.”

"There is no shortage of drama but the characters’ complexities build given time. Readers will need to block out the whole day for this one because they won’t put it down until it’s done."—BCCB

“Wendy Heard writes smart, edgy thrillers that often explore LGBTQ and coming-of-age themes, and Dead End Girls promises to continue that reputation. In what feels like the lesbian version of Cruel Intentions I always wanted (I mean, who even remembers Ryan Phillippe these days), two stepcousins become obsessed with each other—and with faking their own deaths.”—Crime Reads

“Utterly addictive. Dead End Girls is a riveting, holds-no-punches thriller with the deeply relatable adolescent hunger for escape and reinvention at its core.”—Kit Frick, author of I Killed Zoe Spanos and Very Bad People

"Both Maude and Frankie are quick-witted heroines whose respective quests for autonomy and internal struggles regarding sexuality and gender identity provide depth. Culminating in a suspenseful ending, Heard’s alluring novel is an invigorating ride."
—Publishers Weekly

"An atmospheric, heart-jolting thriller. The book alternates between Maude's and Frankie’s perspective as they explore their relationship, identities, and what it means to be truly free from people who don’t want you to be yourself or pursue happiness." —Booklist

"Freedom, identity, and unexpected love collide in a pulse-pounding thrill ride."—Mindy McGinnis, Edgar Award-winning author of The Female of the Species