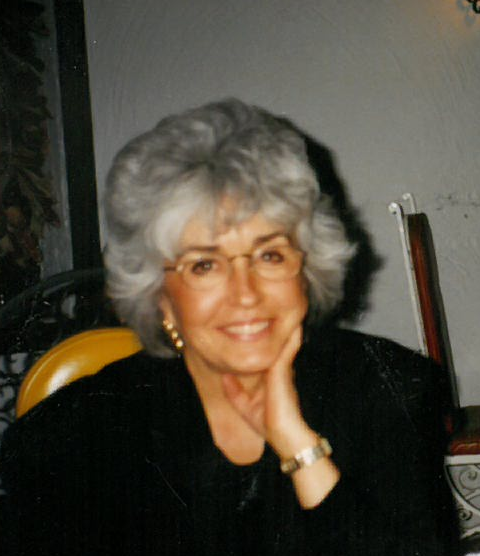 Katharine Thalberg founded Explore Booksellers in 1975, and she worked there devotedly and continuously for 30 years until her death in 2006.  A former writer and inveterate book lover, Katharine was deeply dedicated to the world of ideas and a fierce defender of the First Amendment. Under her leadership, Explore became known for its expansive, expertly-curated book collection and individualized customer service. Much of what makes Explore Booksellers a valuable resource to the greater Aspen community is a direct result of Katharine Thalberg's vision, intelligence and style.  As today's Explore Booksellers evolves, we honor our founder and are grateful for the wonderful legacy she left us.

Katharine first opened Explore Booksellers in a small Victorian house on E. Hopkins Street. It was a rental space, and she quickly realized that the only way to make the business sustainable was to find a permanent home. Katharine bought the Victorian at 221 E. Main Street from the Frost family, remodeling the building to maintain its original Victorian style and to accommodate her growing book business. The brown Victorian opened its doors as Explore Booksellers in 1977.

Explore quickly became a gathering place for locals and visitors alike, where you could run into friends and colleagues and attend talks by notable authors discussing their latest books. Over time, Explore became a cultural landmark and the literary center of the town. Katharine expanded the bookstore to include a coffeehouse in 1989, which later became Explore Bistro, the first vegetarian restaurant in Aspen. In 2006, The Aspen Times noted that a good portion of the people in town consider Explore as “an extension of their own living rooms.”

Katharine wrote about her early love of books in “Gold Shoes – Growing up with Books.” She describes learning to read as a great moment of liberation, “all the twine and pins that had held me down, like Gulliver, in the unutterable static boredom that can oppress a child, were magically unwound, and I was released.” She describes reading adult books as a child from her family’s library, saying “Within these pages were, it seemed, all the secrets and mysteries that I had never even imagined, as well as the answers to all my questions that were usually treated with derision by adults, who found me charming for having asked, but certainly not worthy, for reasons of age and sex, of a serious response.”

Her superior skill at book buying may have been cultivated when Katharine was a young child selecting books to buy for herself at Marion Hunter’s bookstore, which she described as “very serious business, selecting my books, and I needed my head about me to do it right.  It required a certain deep sampling, but not enough to spoil the heady thrill of opening a new, virginal book, unread by anyone else, and plunging into its story, following wherever the author might lead, a willing captive, as stowaway.” Katharine never lost the thrill of opening a new book or pulling out an old one, read long ago. 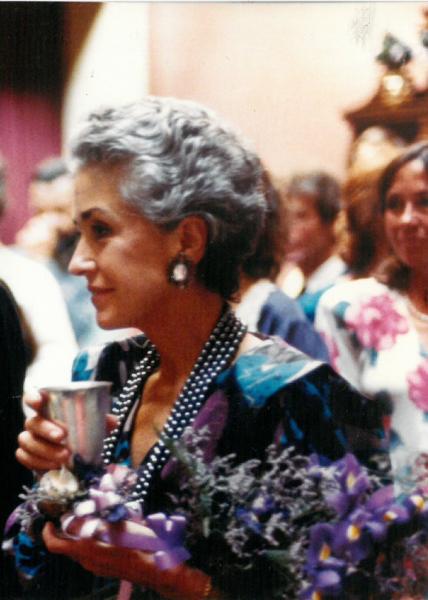 Katharine was born in 1935 in Santa Monica, California to film actress, Norma Shearer and film producer, Irving Thalberg.  She had one brother, Irving, Jr., a philosophy professor, who lived part-time in Aspen for many decades. Katharine attended Vassar College, Stanford University and graduated from UCLA with honors.  She spoke fluent French. During the 1960s, she wrote scripts for television, an unpublished novel, short stories and poetry. Katharine was an accomplished skier, who learned in Sun Valley at age three. She first visited Aspen in the early 1950s with her mother, and returned for part of a winter in the late 50’s, moving to Aspen full-time in 1973.

She and Bill Stirling began dating in December 1978 and were married in 1986.  Bill had been a customer of the bookstore since its inception, and he introduced authors and led book discussions at Explore for almost 25 years. Katharine was Bill’s partner and closest advisor, and she encouraged and advised him on his successful run for Mayor in 1983.

In her personal life, Katharine was politically active and an outspoken advocate for freedom of speech, women’s rights and animal rights. She protested the Vietnam War, fought for ratification of the Equal Rights Amendment and was willing to take principled positions even if they weren’t popular. An early advocate against smoking in public places, she was often well ahead of her time in seeing issues that needed addressing. She and Bill cofounded the Aspen Society for Animal Rights, which is best known for raising awareness about the inhumane treatment of animals in the fur industry and advocating against wearing fur.

Katharine’s greatest love was creating and running Explore. While she had strong personal views on many issues, she also fiercely believed in sharing a broad range of perspectives and was adamantly against censorship of ideas. She always ensured that Explore carried books that covered a wide range of views.

The writer, Toni Morrison once said, “A writer’s life and work are not a gift to mankind, they are its necessity.”  Katharine devoted her life to this necessity. When Katharine was diagnosed with inoperable lung cancer in 2003, she continued her work at Explore until one month before her death on January 6, 2006. Her love for the store and for the world of ideas were inseparable. She will always be remembered as one of the legends in the book business and one of the people who helped shape the culture and community in Aspen.

A warm thank you to Bill Stirling and Brooke Anderson for sharing this wonderful information about Katharine with us and the many who have such fond memories of her.